Workers in the gig economy generally do not have employee benefits, but some of these freelancers can acquire certain benefits either through a contract or over time with the company or clients working with these projects. Some gig workers can become employees of one company and still remain freelancers or independent contractors of other businesses.

The gig economy is the standard for many individuals wanting to earn income without a direct connection to a company. This provides freelancers and independent contractors the ability to with freedom of choosing who to work with, when to work and which projects to follow. Establishing this fixture in the new economy gives many other companies the capability to increase workflow and increase other benefits such as the commission to such freelancers. Nearly one-third of United States citizens work in the gig economy to some capacity. If not working directly in this manner, just under this same amount have alternative arrangements for work.

Employees and freelancers alike find benefits of working through the gig economy. Part of this experience is working in alternate employment or at home. The individual can work with one company and have a part-time or freelance project on the side. Others are complete independent contractors working without the business or employer watching every move. Some work in the gig economy and have a contract with a company to provide benefits and other opportunities. These benefits can include additional pay through bonuses and commissions, insurance and guarantee of payment through contracts. Any breach of the contract can lead to legal remedies.

Many benefits exist for gig workers even when not connected to a company as an employee. These exist in the online platforms that provide employment, contract work, on-call duties and temporary projects. Others can make alternative arrangements with a company while working either as an independent contractor or freelancer. Some can work as employees with one company and keep working in the gig economy on the side or in free time. Benefits remain with working how the person wants in the way he or she feels is best for the specific contract or project.

There are the possible future benefits that may become available to all gig workers no matter who they work for and what job they do. These are portable benefits that belong to the freelancer and not linked to any specific business. The employers can make contributions to these benefits through fixed rates based on the amount of work the individual completes for the firm or business. These programs adjust for the independent workers and even those that will continue working with alternative arrangements such as working at home or remote office jobs. This concept is not new, but it is newly applied and may become the future of the gig economy.

Additional plans are in place for some freelancer and independent contractors that work in employment or gig work. Some work through multiple employer plans and others are through welfare arrangements with multiple employers. The primary focus to assist gig workers is to make the benefits and arrangements for portable and multiple employer plans more mainstream for gig workers. When benefits do not link to a single employer, freelancers and independent contractors can still receive the benefits they so desperately need. It is possible to work these into a work or project contract and establish a plan before continuing to work in the gig economy.

The Lack of Federal Involvement

The federal government does not involve itself with these plans or engage in action in these matters. There are no new laws that help gig workers in the gig economy. The federal policies do not even consider the independent contractor or freelancer even though these jobs have been around for decades. However, it is possible to use the portable benefits on a state level and entice the state government to create new policies that protect the gig workers in the country. This may require the support of legal processes and lawyer to engage with the state government on a smaller level at first.

Legal Support for Benefits for the Gig Worker

Gig workers may need a lawyer to check over portable benefits’ plans and to ensure that several companies contribute to these schemes when taking on contracts. Others may need the lawyer to pursue contract breaches when benefits are lacking even when there are provisions in the contract for the gig worker. 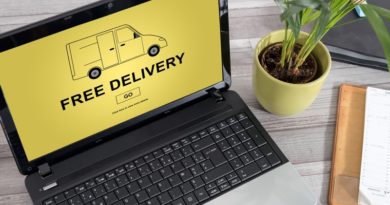 Will The Gig Economy Rise Again? Top Reasons That Affect Your Focus