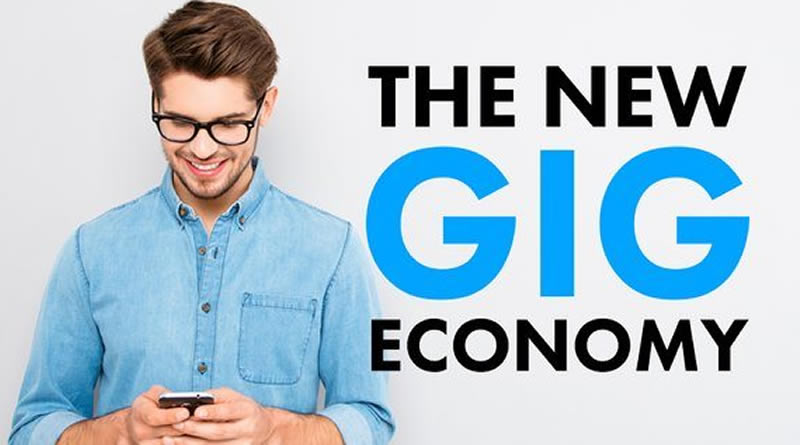 Since the term “gig economy” was popularized around the height of the 2008-2009 financial crisis, task-based labour has evolved and has become a significant factor in the overall economy. The concept of creating an income from short-term tasks has been around for a long time. The gig economy is very broad, and encompasses workers who are full-time independent contractors (consultants, for example) to people who moonlight by driving for Uber or Lyft several hours a week.  In some cases the worker is a small business owner, and in others they’re freelancers who are paid to complete discrete projects for larger organizations. Musicians, photographers, writers, truck drivers and tradespeople have traditionally been gig workers. (In fact, the term “gig” arguably came from the music industry. “[O]riginally in the argot of jazz musicians, attested from 1915 but said to have been in use c. 1905; of uncertain origin.”)

Sir, I have your box of consumer validation you ordered. An excellent choice, I might add. Credit: Getty

The gig economy suddenly became much more than a curiosity during the aforementioned financial crisis. With swaths of the population facing unemployment or underemployment, many workers picked up temporary engagements wherever they could. These gigs had to be flexible. Some workers were able to hold down a full-time or part-time job but needed to shore up their income. Others cobbled together an income by working a few gigs at once. Being able to choose working hours was paramount. This drew many to Uber and Lyft and other ride-hailing services.

A decade later we are seeing more gig workers than ever. According to the CEO of Intuit, Brad Smith: “The gig economy [in the U.S.]…is now estimated to be about 34% of the workforce and expected to be 43% by the year 2020.” That was in 2017. For a more concrete picture, Harvard Business Review reported that 150 million workers in North American and Western Europe are engaged as independent contractors.Today In: Innovation

Gigs run the entire spectrum of pay scales, from senior executive types who travel to major cities to ply their trade to the workers who make a little extra income by picking up ride-hailing fares in his or her community. The two major segments appear to be knowledge-based gigs (such as independent management consultants or machine learning data scientists) to service-based ones (such as tradespeople and delivery drivers).  A sizeable portion of the economy is driven by technology, software platforms that enable the sharing economy (a la Uber, Bird, AirBnB and the like).

Sometimes gigs like a personal laundry service can form the basis of a very profitable enterprise. Credit: Getty

A point worth noting is that gigs move the risk away from organizations and on to the individual. This is in stark contrast to the secure 9-to-5 corporate arrangement that workers demanded and received in the mid-20th century. The latter is becoming more and more of a spectre as cost-cutting, off-shoring and salary-pruning continue to erode economic security for the average person. It’s easy to argue that “developing one’s own brand” is becoming more important as we move further into this new century.

There’s a strange, almost surreal backdrop to the current gig economy: gig workers don’t have human bosses. They work for apps. This has been going on for a while — ride-hailing, delivery services, personal errand services, et. al. — and the market is becoming richer and more complex. That complexity is being fueled by something called the shut-in economy.

A lot has occurred within the workforce in the last decade. Some Gen-Xers and many Millennials have had to reinvent themselves within the changing economy. Time, more than ever, is at a premium. On-demand services within the sharing economy jumped on this need, and the higher-earners, typically the knowledge specialists, bought in to it. This has undoubtedly helped Amazon’s business model of shopping at home thrive, and drove the success of personalized services. Workers who rarely leave their home offices (“shut-ins) can have the world brought to them: clothing, groceries, hot meals, mail (sent and received), laundry and dishes done, bed made, apartment cleaned. All of these tasks are done by gig workers. It is ironic that some of the customers are gig workers themselves. There are indications that the shut-in economy will grow for some time yet as the younger, tech-immersed generations age and we continue to wall ourselves off within our urban centres.

Is the relentless march of technology to blame (or to take credit) for this transformation? Louis Hyman, a professor at the School of Industrial and Labor Relations at Cornell University had this to say: “The history of labor shows that technology does not usually drive social change. On the contrary, social change is typically driven by decisions we make about how to organize our world. Only later does technology swoop in, accelerating and consolidating those changes.” This supports the thought that our world (and by implication our markets) is already re-organizing towards gigs and personalized services, and technology is merely finding ways to fit within the economic jigsaw puzzle.

My scooter fleet is growing. I have to hire someone else for my personal grocery service. And I need a third SUV for my ride-hail business. Also, I need to find an app where I can hire someone to sleep for me…Credit: Getty GETTY

There are admittedly many moving parts in this picture, but what appears fairly certain is that traditional businesses will continue offloading risk to the individual wherever it can. It’s also similarly certain that contract work will continue to grow as traditional jobs with benefits and salaries that keep pace with the cost of living eventually fade into oblivion. But where does this lead us?

Perhaps more than ever, we need opportunities for new businesses and new entrepreneurs, opportunities that don’t require access to deep capital. The sea change we are seeing in the global economy brings uncertainty and insecurity, which could be well addressed by opening up common networks in the big verticals, to encourage innovation and independence within the labour force. Task-oriented work has already gathered tremendous steam, which suggests that in the not-too-far-off future we’ll see an economy that has rebuilt itself on hundreds of millions of small businesses rather than hundreds of millions of 9-to-5 jobs. Then the “gig economy” will just be “the economy.”Follow me on Twitter. 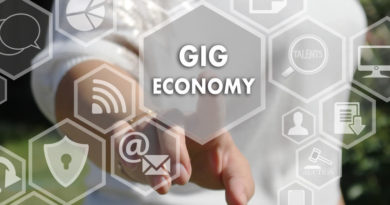 5 THINGS YOU NEED TO KNOW ABOUT THE GIG ECONOMY Machine intelligence, also known as artificial intelligence (AI) is going to have both an awesome and an unfortunate impact on

How to respond to a cyber attack

WHY IS PROFESSIONAL INDEMNITY INSURANCE AN ESSENTIAL PART OF THE FREELANCER’S ARMOURY?

Don’t you want We baby?