The pandemic gave gig workers and the gig economy a push all throughout 2020, not only filling in high-demand gaps, but also assisting business sectors that endured fits of stopping and starting due shutdowns.

According to a recent Monster survey data, in light of the coronavirus pandemic, 92% of respondents said they think now is a good time to look into the gig economy.

Will the gig economy — including temp workers, contractors, freelancers, even plumbers — continue to grow in 2021, even after COVID-19 is under control? Some insurance experts say yes but note that the “gig” insurance sector isn’t the same as it was. It has evolved.

Insurtech Thimble, which has roots as a provider of on-demand insurance for drones, is today serving the liability insurance needs of small businesses. It has sold more than 150,000 on-demand insurance policies to more than 200 professions including general contractors, freelancers, photographers, disc jockeys, dog walkers and others.

“In the past, I don’t necessarily think that insurance companies considered a residential plumber to be a gig economy,” said Richard Stamets, senior vice president, business development, at Thimble. “But in actuality, that is really what they are.”

Self-employed plumbers get calls from their clients and they have individual jobs like other gig workers. “It’s not a consistent job that pays the bills every week.”

In Stamets’ view, COVID has broadened the definition of the “gig economy.”

COVID displaced many workers but as the economy began to stabilize again, new businesses started to pop up, he said.

“Some folks were displaced from their typical day jobs, and they needed to start something on the side, whether that would be jewelry manufacturing, leather manufacturing, home goods manufacturing, things of that nature,” he said.

There was a surprising surge in U.S. business formations in 2020. Overall, the federal government fielded about 600,000 more business applications through early October than it did in the same period in 2019, according to a breakdown by the U.S. Census Bureau.

Many of these new businesses find it difficult to secure insurance coverage in the traditional market.

“Most insurance carriers, especially the nationals, don’t want to see startup businesses. We believe very strongly in that economy, and we don’t necessarily think just because they haven’t had insurance before, makes them a bad risk,” Stamets said.

Thimble’s offering of on-demand insurance, whether by the hour, day, week, month, is a good fit for many gig economy workers, Stamets said. And beginning this year, the insurtech is launching a new annual policy, as well.

“We want to capture those clients as they’re coming out of COVID, hopefully looking to start new opportunities,” he said. “They’re small, perhaps they’re a sole proprietor, and as they continue to grow but may only need an episodic coverage — by the hour, daily, weekly, or even monthly — then when the need arises, we’ll be there to be able to easily transition them to an annual policy.”

While most of Thimble’s current book of business is generated from direct to consumer, the company is planning to grow via its agency channel as well. “We are a multi-channel operation but right now the independent agent channel is still single digits at this point,” he said. “But that’s actually one of the reasons why I was hired at Thimble to help expand the broker program even further.”

Stamets joined Thimble in January 2021 from Attune Insurance where he was the head of underwriting. Prior to that, he led the small business division for Starr Companies after spending eight years with AIG.

Bernie Horovitz, CEO of Y-Risk, an underwriting company of The Hartford focused exclusively on the sharing and on-demand economy, says 2020 was “a mixed bag” for his firm’s gig economy clients. Even so, he sees the gig economy trending up as consumers became more comfortable using the apps and online services ingrained with the gig economy model.

“I had many of my clients calling me to say, ‘Listen our business is just drying up or slowing down tremendously, so can we work together to make sure our insurance is priced accordingly with the reduction in usage?”

For Y-Risk, a key component of its insurance offer is “pay as you go” or usage-based pricing. That meant clients weren’t charged if there were fewer rental days or fewer rides, or miles driven. That led to a decline in premium generated for the company.

On the flip side of this, there was a rise in on-demand deliveries — which was good for gig workers. “Many more people got accustomed to on-demand delivery, whether it be groceries or food,” he said. “So, we saw a very large spike in demand for insurance for companies that were involved with delivery items. So, interesting enough the pandemic got people more and more comfortable with the use of apps and online services.”

Going forward, Horovitz predicts a rise in the “micro-mobility” sector of the gig economy.

That’s leading to increased demands for on-demand rentals of bikes, mopeds and scooters. “Even though that was a growing business the last few years, there’s going to be more of an acceleration in that trend as people look for alternative ways to get back and forth to work and avoid some of the mass transit.”

Horovitz says micro-mobility is an evolving space as municipalities nationwide are reviewing regulations over insurance requirements and transportation rules such as separate bike lanes for mopeds or scooters.

Whatever the risks in the gig economy, connectivity is here to stay, Horovitz says.

“We think the future of insurance is a partnership between the carriers, the brokers, and the client whereby there’s greater connectivity with these platforms,” he said. “The connected customer is key going forward, where we have total transparency in the data that these platforms are collecting so that we can properly evaluate risk.”

That means having real-time analysis of loss trends to price for exposure as it’s happening, he said. “So you’ll be hearing from Y-Risk in terms of those efforts of finding ways to connect to these customers and really being transparent and open in terms of the overall risk and how it’s being transferred.”

He cites as an example a car being driven with telematics monitoring almost everything that’s happening.

“Not only in terms of the speed of the car, whether the car gets into an accident, it’s now even getting to the point where there’s ways to determine how many people are in the car, whether you’re delivering a person or a pizza,” he said. All that information is now being captured to price for risk.

“We are creating an API connectivity where all of that platform information, whether it’s from the telematics or whether it’s from the mobile apps, can be instantly real-time fed into our systems,” he said. “We’re all in it together for reducing losses, helping the client get better pricing for the insurance, and identifying just any trends.”

The gig economy is forcing the insurance world to change. “It’s taken the old insurance model of writing a policy and then waiting a year before you talk again, to being completely connected and constantly getting feedback to the insured and helping them with their own business objectives.” That’s the future of insurance, he added.

This article was originally posted in Insurance Journal. 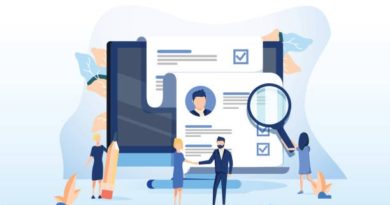 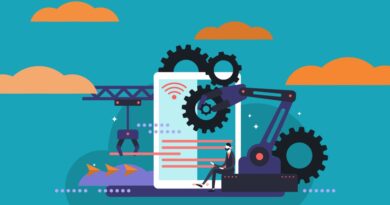 Why you need automation for SMEs 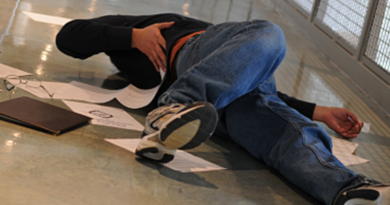