If the world of work is changing, recruiters need to adapt what they are doing, or risk getting left behind.

Since the global financial crisis, there has been a significant increase in the amount of contract, temporary and freelance work – dubbed ‘the gig economy’ – across Australia and New Zealand.

Understanding the extent of these changes, and why they are happening now, will become a key skill for any successful recruiter.

The popular image of the gig economy worker might be the Uber driver, but the trend is finding its way into less expected areas.

Tom Amos, CEO and co-founder at on-demand staffing platform Sidekicker believes the gig economy can extend into a variety of roles, including senior and technical positions.

“The gig economy can be used in a range of roles, whether it is junior admin roles and hospitality right up to highly skilled workers, developers and designers and marketers,” he says. “It’s also valuable at the executive level – CFOs, CTOs can be really effective on a gig basis as it’s an opportunity for organisations to bring in intellectual property (IP) if the business is lacking in a certain area.”

This trend is already underway within recruitment sector. “We’re placing senior people with experience of working in large companies into smaller companies for short periods, in order for the company to absorb their expertise,” says Matthew Gribble, Regional Managing Director Michael Page ANZ.

Interestingly, these ‘interim executive solutions’ are proving to be a disruption, less to permanent work, but more in the management consultancy space. As clients become more aware of the possibility of engaging very high-calibre talent for short time spans, this represents a significant opportunity for recruiters.

Why is it happening now?

“People joining the workforce now have a different mindset from the past,” says Andrew Brushfield, Director, Victoria and Western Australia at Robert Half. “People are looking for experiences and growth, and the need for stability is not so ingrained.”

Gribble believes the move towards shorter-term roles is also being driven by specialisation.

“Twenty years ago, professionals were generic,” he says. “These days, we’re demanding more specialist and niche skills. But companies can’t employ people with all the niche skills required, as they’d just have too many people.”

“Technology and its intermediation power has meant that buyers and sellers for hirers and service providers can directly connect.”

What industries will be most affected?

“All industries are evolving and changing, but the industries most likely to offer project-based work – like tech or creative industries – are most prone to the gig economy,” says Brushfield. “Even Robert Half itself brings in people to work on technical projects.”

Of course, some areas of work, such as seasonal agricultural work, have always been and always will be performed on a casual basis. John Harland, Director of ERG Recruitment Group believes that if recruitment firms ignore these less glamorous areas of recruitment, then they do so at their peril.

Limits of the gig economy

Harland believes that the gig economy will never replace permanent work, as people will always value the security and longevity that permanent employment can bring. “Permanent employment will continue to thrive where there is a match of company values with that of the employee, and where it’s perceived to contribute to their career development and progress.”

‘When you find a good company, you want to stay with it,” he says. “Often after a period of time contracting, people desire that ongoing connection with a culture and this can be limited with contract workers.”

Amos believes that the limit of the gig economy comes at the point where expert internal knowledge is paramount for the role. “There is still a huge need for robust full time, part time and casual employment,” he says. “The main reason for this is because businesses are crying out for talent and they want to hold onto as much IP as possible.

“I see this workforce as being supplemented by gig workers, who either deal with skills shortages or supply shortages of labour.”

The growth of the gig economy also has the potential to impact on the skill levels and career development of workers.

“Of course, contract workers always have the possibility to impress a company to get more work, or even permanent work,” says Brushfield.

“If your ambition is to manage large teams of people, the gig economy can serve as a ‘between’ job,” says Gribble. “But employers will assess your success as a manager over perhaps a three year period, rather than three months.”

How can recruiters adapt?

“If you know candidates who are happy with this kind of employment, and companies who have these types of needs, then the impact on recruiters is minimal,” says Brushfield.

“The challenge for recruiters is having a large enough database, and access to sufficient candidates, to be able to supply niche skill sets with relevant industry experience expediently for specialist roles,” says Gribble.

“Whilst the emerging gig economy is definitely something to be excited about in the future of the workplace, the recruitment sector will always be considered vital in helping candidates find the right job and companies filling their staffing needs,” says Brushfield.

“Clients always judge recruiters on the quality of the candidates, as the ‘human component’ is the most crucial element in recruiting.” 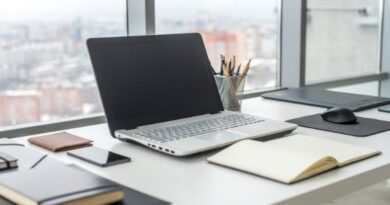 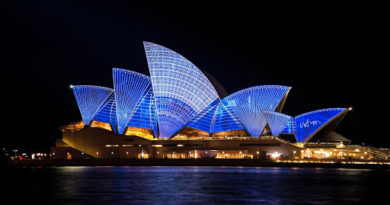 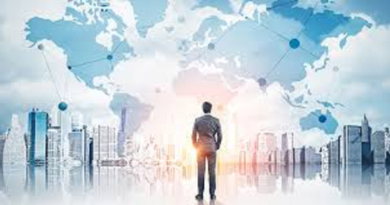 HOW TO WORK ABROAD?